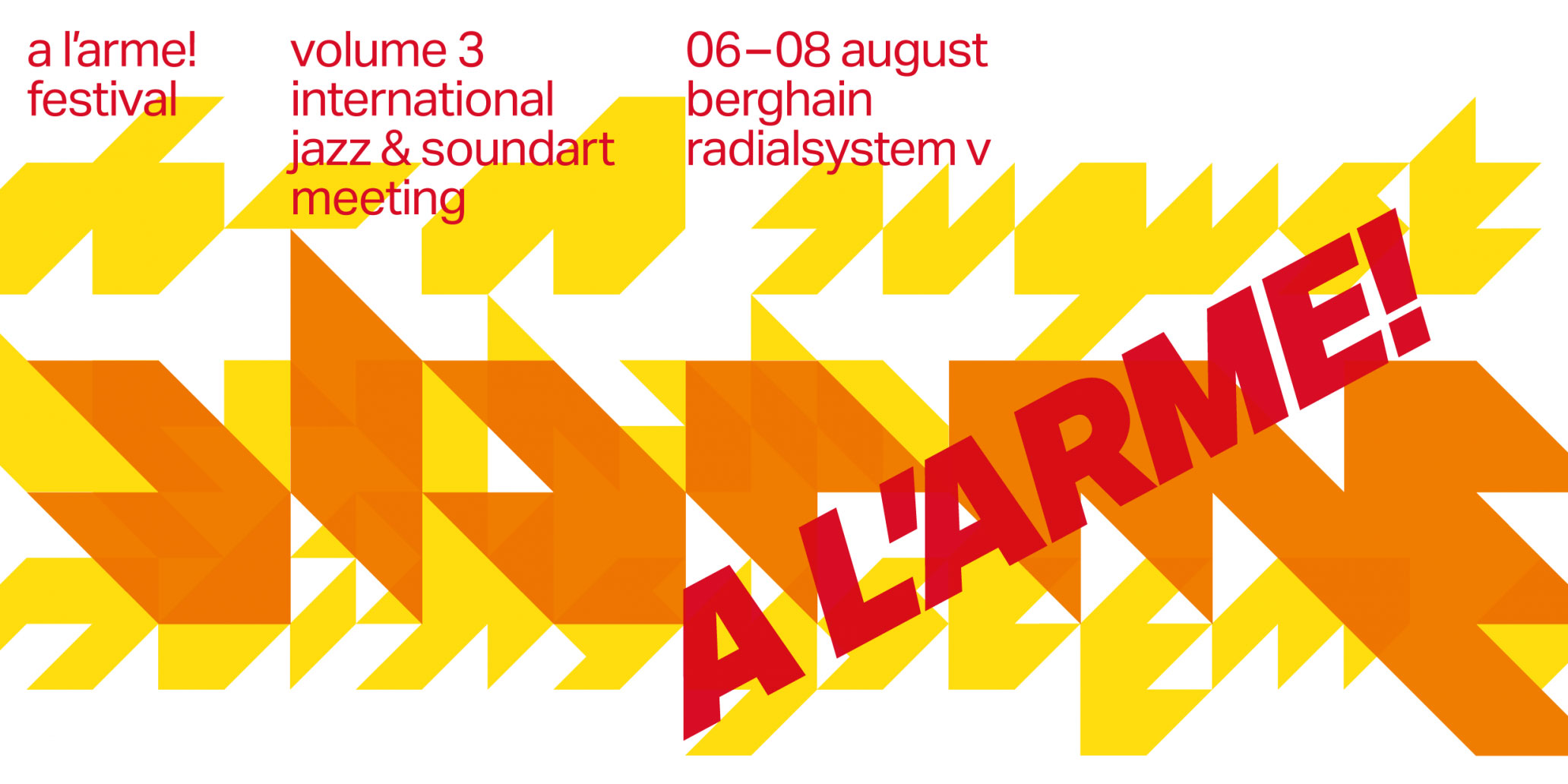 Freedom is… Alarm bells shriek whenever someone wants to nail a term like freedom to a definition. It is time to put and end to this abuse! For freedom is an extremely tensile vocabulary. It has been perverted as often in music as in politics and any other social context. Time and again the prefix ‘free’ has expressed the complete opposite of freedom. Now and forever, this needs to end.

The third edition of A L’ARME! Festival not simply replaces one superseded definition of freedom with a new one that should equally have to outlive itself and hurry, in order to differentiate itself from other concepts of freedom. No, the organisers of the four-day festival rather raise the question of how much freedom is possible in a neverland of Improvisation, New Music, Noise and Electronic without having to yield to new rules. It’s not about freedom from- but rather to/for something. Thus broad is the field covered in this festival.

A determining criterion for the term freedom throughout A L’ARME! is not only the musicians’ artistic freedom of expression. The festival explicitly embraces the associative space between the creative impulse and the active projection on the listener’s part. The impartial plane of projection is a theoretical construction. Only those who are conscious of their prejudices can overcome them and will not lose themselves in the arbitrariness of the post-modern “anything goes”. Thus the programme consciously does not address the politically correct all-round listener from the prejudice-free zone. It rather turns to people with expectations, who are incessantly willing to expand their battle-zone within the dialogue between art and everyday life.

A L’ARME! takes on four partially opposite positions in order to determine at least a vague framework that can be disrupted and replaced by the listener’s personal emphasis at any time. The first evening particularly revolves around power. The Dane Mette Rasmussen, the Americans Bill Laswell and Colin Stetson, the Italian-American trio ZU and the Japanese sound artist Mieko Suzuki stand for the physical unrestricted flow/drain of intentions – thrilling and cathartic.

The third evening represents the contrast of “wherefrom and whereto”. The traditional principles of improvisation of the Jürg Wickihalder European Quartet and its special guest Irène Schweizer are counteracted by future options of improvisation of the Danish quintet Selvhenter. The American Berliner-by-choice Marcela Giesche picks up on the previous evening’s aspect of “music in motion”.

The fourth evening might be most head-on with the tradition of the Total Music Meeting. The festival will experience a furious finale with Ingrid Laubrock, Johannes Bauer, the Turkish Kollektiv Konstrukt and special guest William Parker, as well as the tried and tested duo Ken Vandermark/Paal Nilssen-Love with the Ethiopian dance and percussion ensemble Fendika that will thrill both old and new improv-aficionados alike.